Kirstie’s Hand Made Britain At Christmas

Kirstie is really getting into the swing of Christmas now and if you really want to get in the mood yourself it really is advisable to watch this edition of Kirstie’s Hand Made Britain because her enthusiasm for this time of the year really is infectious.

If you watched last weeks programme you will know that she has mastered the 12 crafts of Christmas and it wouldn’t be a surprise if many of the people at home had not also tried their hand at these crafts, after all, the final results from Kirstie’s efforts looked absolutely stunning and if they are as easy to put together as she said they are then there will be a lot of happy people up and down the country.

This weeks offering revolves around a Christmas fair and all of the craft friends that she met throughout the summer are invited. If you think back over the course of the series you will remember that some of England’s very best craftsmen and women were involved and the skills that they showed were absolutely breath taking. On a more serious note, it is hoped that these marvellous people will be able to keep practising their skills because in the day and age in which we live, many of these skill are being replaced by cheap and tacky alternatives and crafts people everywhere are discovering that the demand for their products is dwindling.

What people fail to realise is that many of these skills get passed down through the generations and if they are not needed any more the skills will simply die out. This would be such a crying shame and all credit has to go to Kirstie and the team behind this programme as they are making the general public well aware of what is going on and how it can be stopped in its tracks.

Anyway, on a lighter note, back to the Christmas fair. Kirstie arranged a Yule log competition which looked like a lot of fun and the people who got involved produced some pretty good efforts, including Kirstie.

There was a feast of fine food which has been arranged and lots of singing Christmas carols with spiced cider to relax the vocal chords. Everything about this programme has been a delight from start to finish and this episode was arguably the best of the lot.

We again saw Kirstie’s lovely home in Devon and you can also tell that she has settled in there perfectly. She may spend her time between Devon and London but it would not be a surprise if Devon is where her heart is and it wouldn’t be a surprise that in the near future she moves to that part of the world permanently.

There will be many people who hope that another series of Kirstie’s hand made Britain is planned for next year because it has been a breath of fresh air, especially these Christmas themed editions which have just about been the icing on the cake.

Are you a fan of Kirstie’ show, Kirstie Hand Made Britain? If you missed the first episode, click on the link for my summary on episode 1. 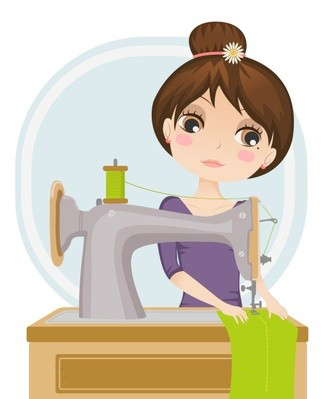 My Name is Samantha and I am the owner of Craft Shed. I love all kinds of arts and crafts and I have put this blog together so that I can share my experiences with you - my readers!!

I am a married mother of one son and I love to make things at home. Whether it is a way of saving money, recycling or just being able to own things that are original - I am there making it!

The Best Of Craft Shed